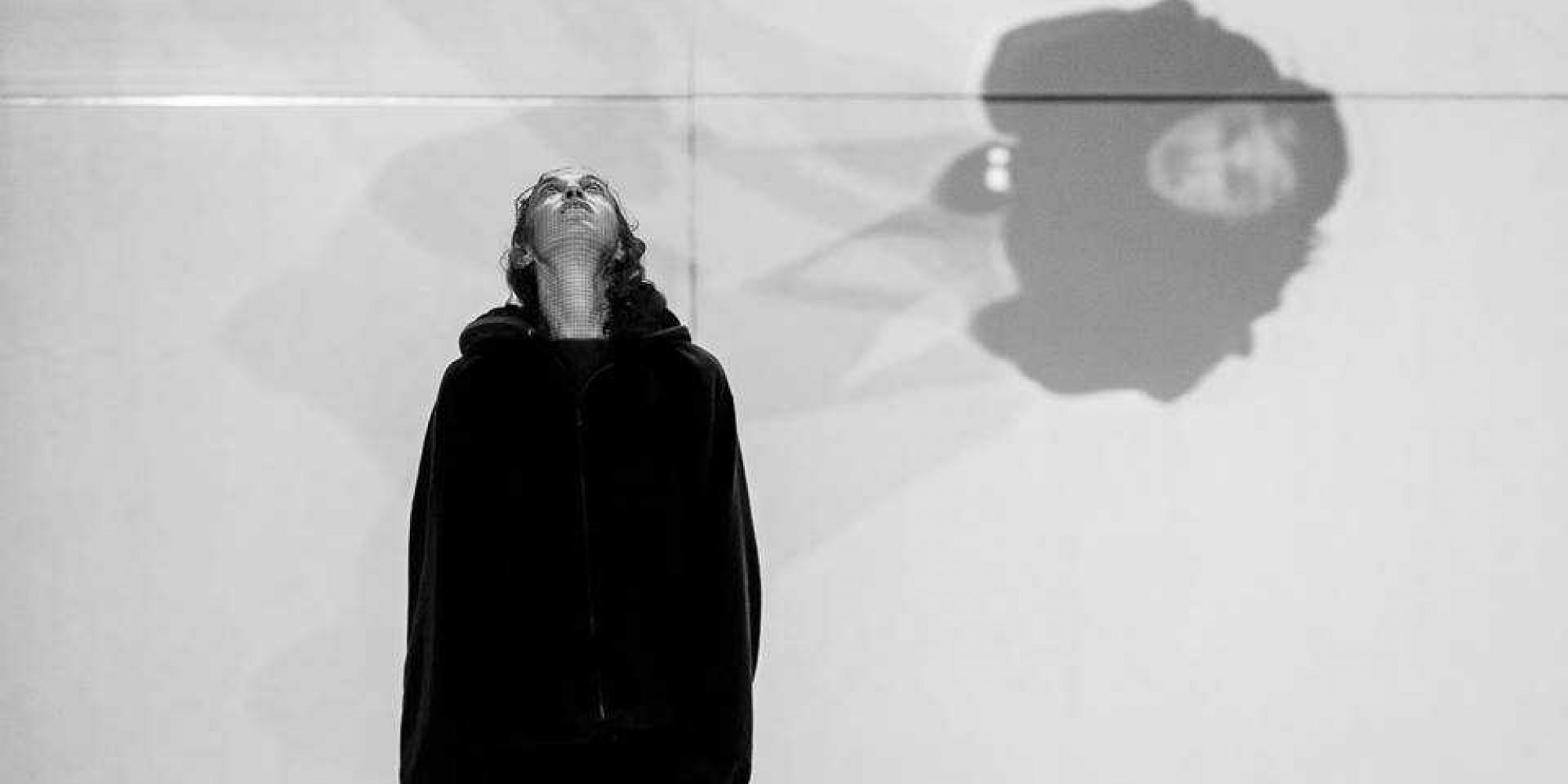 Blinking shoes in a dark room, funky music and a dancing-hoodie-creature with a hairy face: that's “Calipers” , a solo dance performance by the Israeli dancer and choreographer Daphna Horenczyk. Influenced by elements of street- and break-dance she plays with the concept of “fixation” to the ground and the possibilities of moving around and over this anchor. The limbs moored to center stage functions as a point of quasi-magnetic push and pull, with the dancer’s body circling around it skillfully in precise, rhythmically in changing forms and paths. By filming the choreography live and projecting it to a screen behind the dancer, Daphna Horenczyk creates a live body kaleidoscope right in front of us. 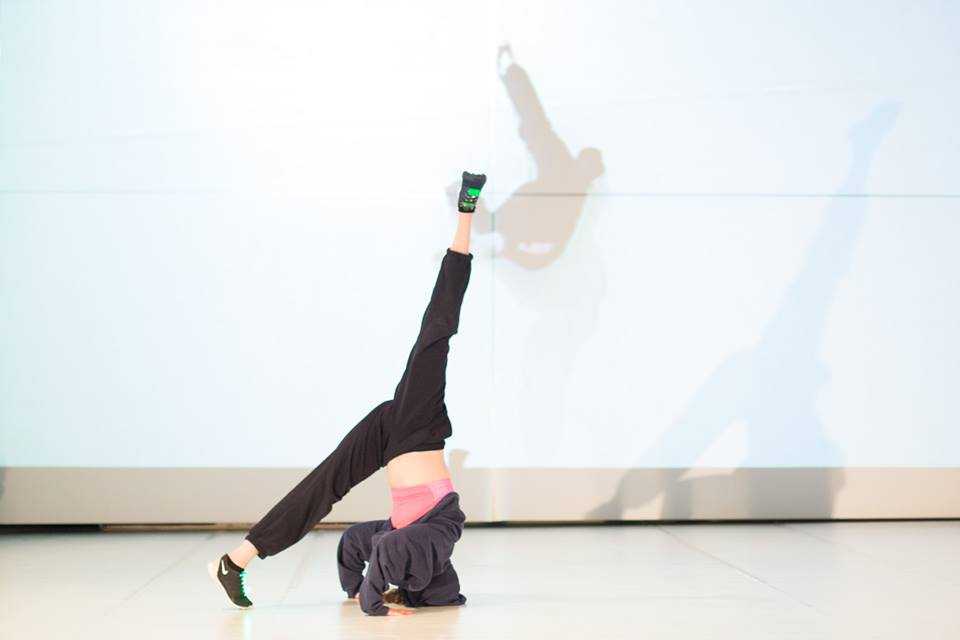 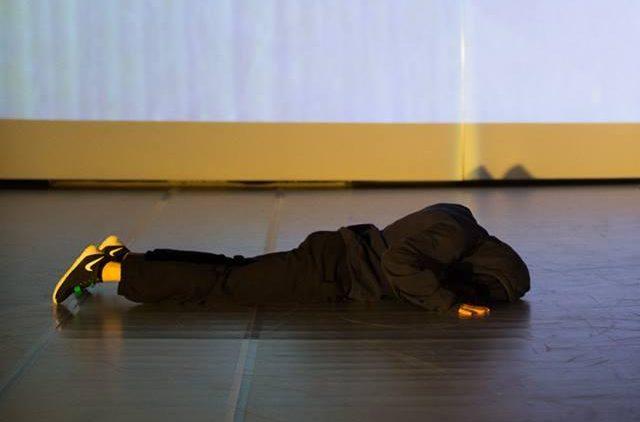 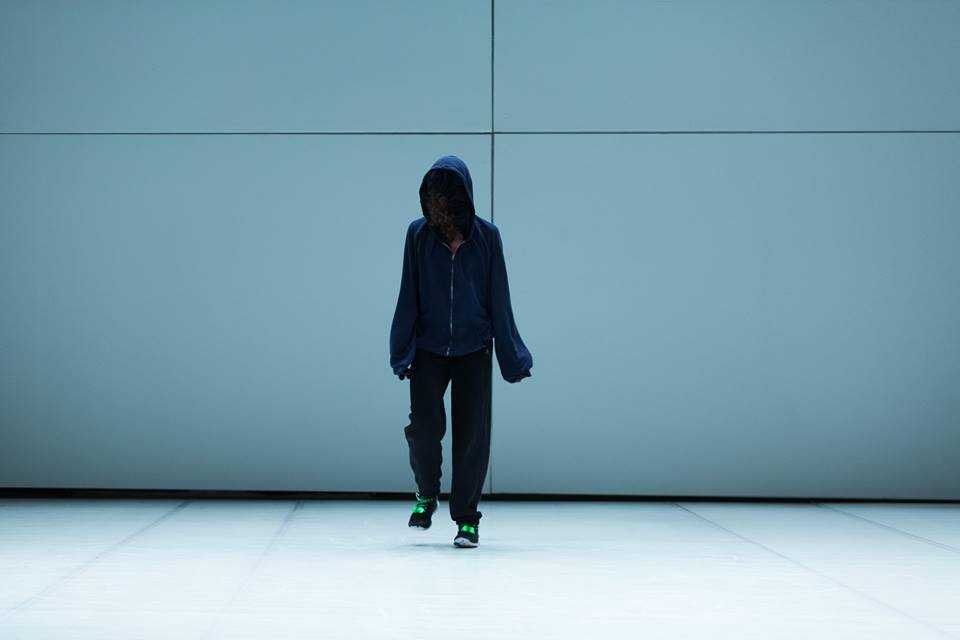 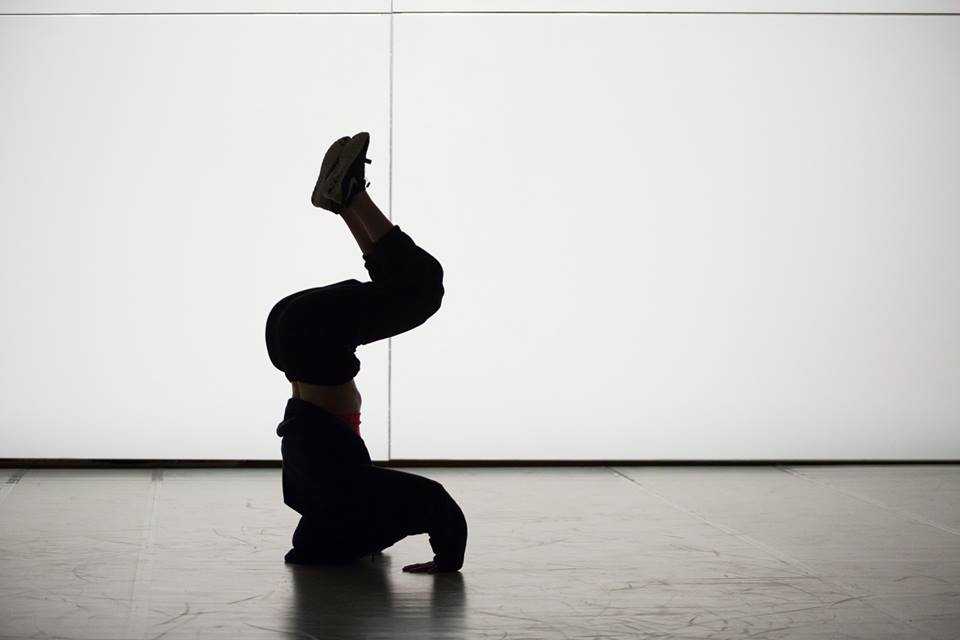